Bill is an  AV® Rated, Martindale-Hubbell® attorney.  When Bill joined the firm, he had the privilege of practicing with Robert T. Caldwell who had represented the U.S. steel industry at the League of Nations.  Bill has built on the firm’s rich heritage of representing manufacturers and businesses in a broad range of matters.  By way of example, for the past 25 years, Bill has provided a broad range of services to a European manufacturer which has built one of the Commonwealth’s major manufacturing facilities on a Greenfield site with an investment of more than $3 billion.  Bill represents clients in matters before the Kentucky Energy and Environment Cabinet (Air, Waste, Water) and the Cabinet for Economic Development (KBI, KIRA, IRB, Tax Abatement) with clients having received more than $70,000,000 in economic development incentives.  Bill has also served as a registered legislative agent in the Kentucky General Assembly concerning legislation of importance to clients.

Bill has appeared before the Supreme Court of the United States on two occasions as well as represented clients in federal and state courts and in administrative hearings before administrative agencies.

Bill has also twice served as a Special Justice of the Supreme Court of Kentucky as well having served in the past on the Governor’s Air Quality Task Force and the Governor’s Labor Management Advisory Council. 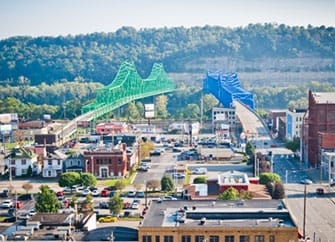